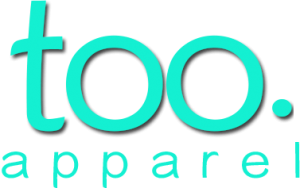 Too Apparel is a “buy-one, give-one” women’s apparel company.  Currently we offer 4 styles of women’s underwear and we donate a new pair of undies to a women and children’s shelter for every pair we sell.  We also sell gift certificates to help make gifting panties a little easier.  We launched 6/1/14, the idea came from a desire to give back after a friend lost his battle with addiction.  Our donations help Survivors of domestic violence, assault and addiction.